Why Do the Long-Term Periodicities in the ENSO Appear in the Flux Optical Depth Anomalies for Water Vapor in the Earth's Atmosphere? 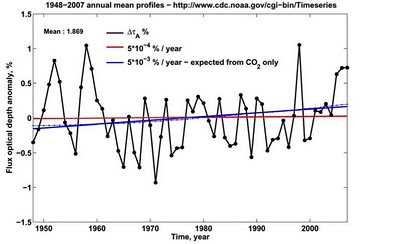 Shown below, is a comparison between the polar Fast Fourier Transform (FFT) of the flux optical depth anomalie between 1964 and 2001, and a periodogram of the ENSO/SOI over the same time period. 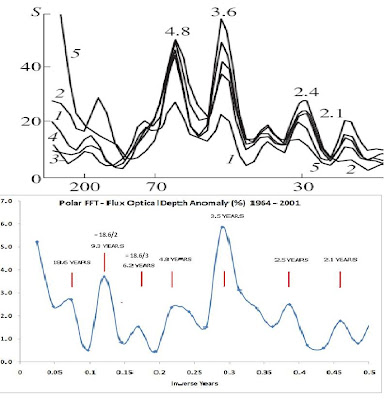 What is even more remarkelable, is the fact that common frequencies seen in the two data sets are simply those that would be expected if ENSO phenomenon was the resonant response of the Earth's (atmospheric/oceanic) climate system brought about by a coupling between the Earth's forced (18.6 year Nodical Lunar Cycle) and unforced (1.2 year Chandler Wobble) nutations. 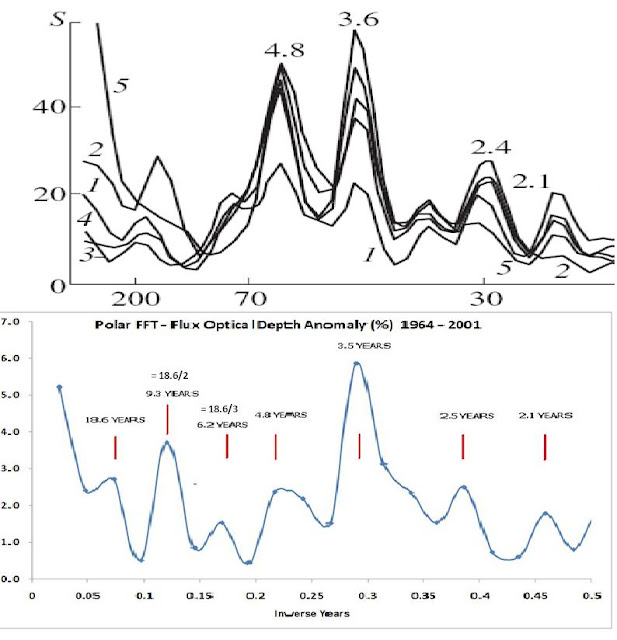 Posted by Ninderthana at 9:38 PM