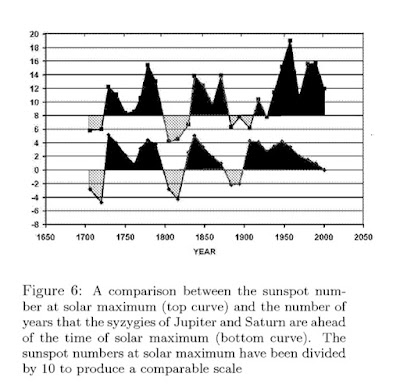 Posted by Ninderthana at 3:59 AM 2 comments:


The hypothesis that the 31/62 year seasonal tidal cycle plays a significant role in sequencing the triggering of El Niño events leads one to reasonably expect that tidal effects for the following three epochs:

[N.B. During these epochs, the peak seasonal tides are dominated by new moons that are    predominately in the northern hemisphere.]

should be noticeably different to its effects for these three epochs:

[N.B. During these epochs. the peak seasonal tides are dominated by full moons that are predominately in the southern hemisphere.]

For supporting evidence see the earlier posts at:

If we specifically look at the 31-year New Moon Epoch 5, we find that:
Figures 1, 2, and 3 (below) show the Moon's distance from the Earth (in kilometers) at the times where it crosses the Earth's equator, for the years 1964 through to 1995. 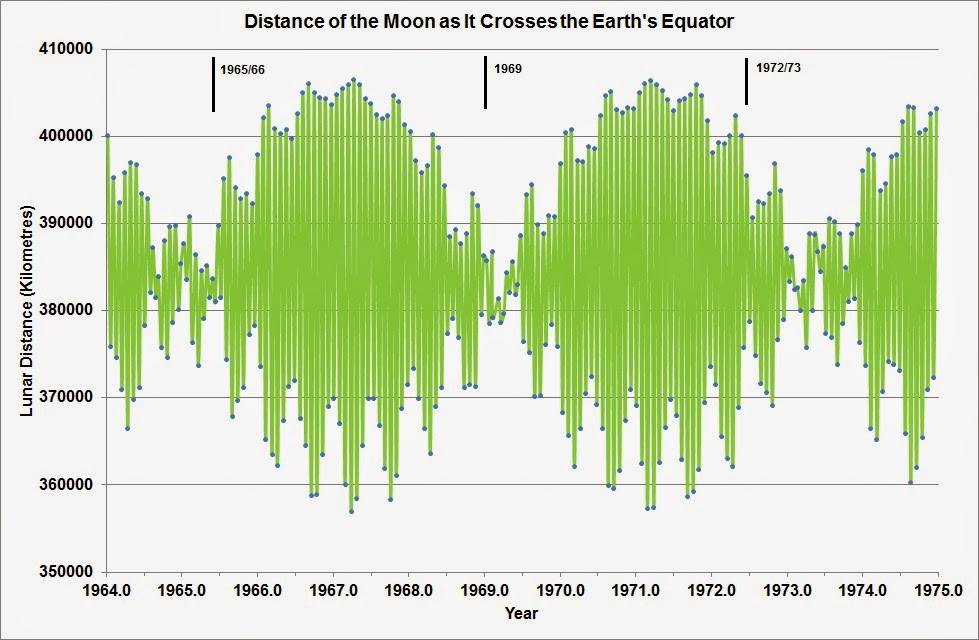 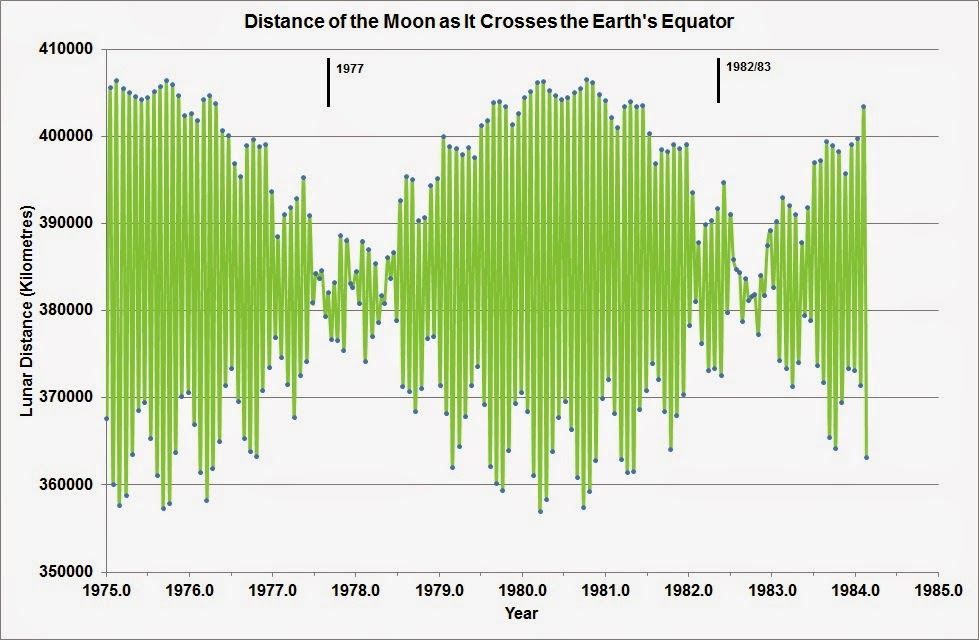 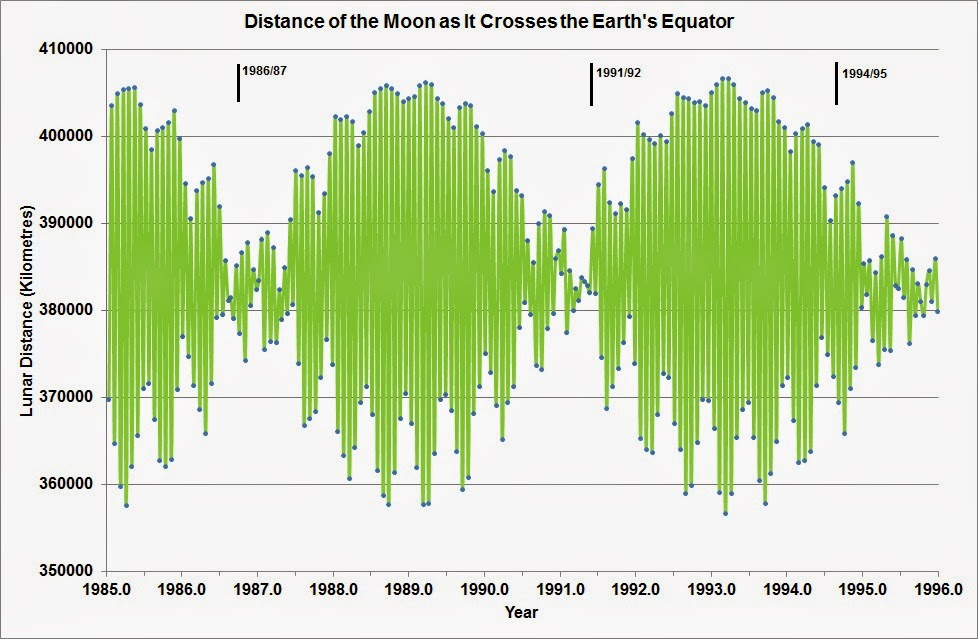 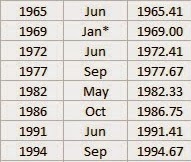 Lunar ephemeris data is used to find the times when the Perigee of the lunar orbit points directly toward or away from the Sun, at times when the Earth is located at one of its solstices or equinoxes, for the period from 1993 to 2528 A.D. The precision of these lunar alignments is expressed in the form of a lunar alignment index (ϕ). When a plot is made of ϕ, in a frame-of-reference that is fixed with respect to the Perihelion of the Earth’s orbit, distinct periodicities are seen at 28.75, 31.0, 88.5 (Gleissberg Cycle), 148.25, and 208.0 years (de Vries Cycle). The full significance of the 208.0-year repetition pattern in ϕ only becomes apparent when these periodicities are compared to those observed in the spectra for two proxy time series. The first is the amplitude spectrum of the maximum daytime temperatures (Tm) on the Southern Colorado Plateau for the period from 266 BC to 1997 AD. The second is the Fourier spectrum of the solar modulation potential (ϕm) over the last 9400 years. A comparison between these three spectra shows that of the nine most prominent periods seen in ϕ, eight have matching peaks in the spectrum of ϕm, and seven have matching peaks in the spectrum of Tm. This strongly supports the contention that all three of these phenomena are related to one another. A heuristic Luni-Solar climate model is developed in order to explain the connections between ϕ, Tm and ϕm.

Posted by Ninderthana at 9:04 AM No comments: