World wind speeds have slowed down over the last few decades ------- I wonder why?

I believe that the 59.75-year lunar tidal cycle associated with the most extreme Perigean New/Full moons is responsible for the ~ 60-year cycle seen in the Walker Circulation's influence upon the equatorial/tropical trade-winds and the ~ 60 year cycle in the All India Summer Monsoon Rainfall. 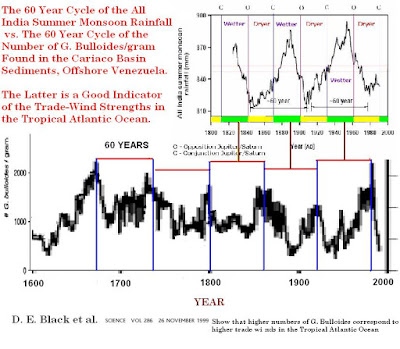 2. The strength of the trade winds in the equatorial Atlantic Ocean is inversely correlated with the trade wind strength in the central and western Pacific Oceans – because of the Walker circulation. 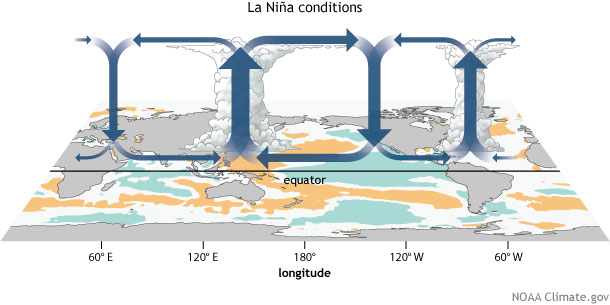 
4. The intensified Walker cell bridging the two oceans produces increasing pressure over the eastern Pacific which attenuates the trade winds that are blowing towards the west off the coast of Venezuela. This means that the trade wind strength in the Cariaco Basin of Venezuela vary 180 degrees out of phase with the strength of the trade winds in the central and western equatorial Pacific oceans.


N.B. This means that the All India Summer Monsoon rainfall peaks when the trade winds are strongest in the central to Western Pacific Oceans and weakest in the Cariaco Basin of Venezuela.
Posted by Ninderthana at 8:23 AM No comments: